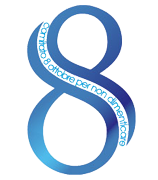 We use cookies to offer you the best experience on our site. For more information click here.
By closing this banner, scrolling this page, clicking on a link or browsing the site in any other way, you agree to use cookies.
X